How to keep your IT Server cool during a heatwave 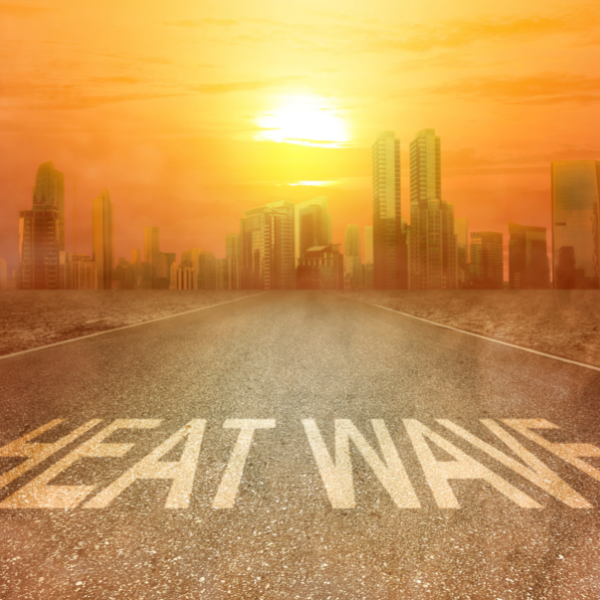 “An extreme heat wave swept across much of Western Europe on July 18 and 19, hitting some of the largest metropolitan areas such as Frankfurt, London, Amsterdam and Paris — which are also global data center hubs with hundreds of megawatts of capacity each. In the London area, temperatures at Heathrow Airport surpassed 40°C / 104°F to set a record for the United Kingdom.” – Uptime Institute

How extreme heat affects IT Servers

High server temperatures can cause an IT Server(s) to crash, resulting in costly data loss and service interruptions.

According to techadvisory.org, “If a server’s temperature rises above 70 degrees Fahrenheit, the server’s reliability decreases. In fact, an increase of 15 degrees leads to a 50-percent decrease in server reliability. When servers reach these temperatures, they will start to perform poorly, and computers connected to the server will also start to struggle”.

Keeping your IT Servers cool is vital to maintaining optimal performance and longevity.

Extreme heat stresses cooling systems by making components, such as compressors, pumps, and fans, work harder than usual, which increases the likelihood of failures. Failures also occur not only because of increased wear on the cooling equipment but also due to lack of maintenance which includes regular cleaning of heat exchange coils.

IT Servers and cooling equipment are not the only components at risk of exposure to extreme heat. Any external power equipment, such as backup power generators, is also susceptible.

Server rooms are often small and contain other IT hardware aside from IT servers. Without proper air circulation, all that hardware can raise the temperature of the room and your servers. IT teams need to  ensure that their companies server room has good air circulation. If you have no choice but to place your IT server in a small room, install a ventilation system that will let hot air escape from the room.

Cooling fans work well with a ventilation system to move hot air away from your IT Servers. They are also a more affordable option to air conditioners. Placing a small and powerful fan next to your server’s heat vent will keep it from overheating.

As the effects of climate change become more pronounced, extreme weather events could be more likely, and IT operators may need to revisit the climate resiliency of their sites.

Perhaps, now is the time to consider moving to a purpose-built, colocation facility with industrial-scale cooling capabilities. At Datacenter the Factory, we have seen an increase in enterprise organizations migrating their IT Servers to our purpose-built datacenter in Roermond.

With high power demand available to customers, we can support all 42U cabinet densities with fully redundant cooling systems.

About Datacenter the Factory

At Netherlands Datacenter the Factory,  our inhouse team of  IT specialists are highly experienced in creating personalized solutions for every business type.

Adopting an ‘intelligent by design’ attitude, our team embraces innovative practices for air-cooling, power and connectivity into each build. Installation of fresh-air that ensures that our datacenter is not only greener, but also cost effective and which reflects our best-in-class colocation and  managed datacenter services.